Origami paper making of animals such as turtles, foxes, dogs, cats, rabbits, kangaroos, frogs, etc., has many fans. These easy origami animals are decorative items and can be used as a tool for children’s entertainment.

By making origami paper of different animals, you can teach children many things by playing. You can also use these beautiful handicrafts in various decorations, such as decorating gifts, making postcards, and so on. In this article of DIY724, you will learn how to make origami and paper folding from different animals such as rabbits, turtles, foxes, frogs, etc., and use them in your games with children or in your decoration.

To make origami for different animals, try to use colored paper close to the animal itself or buy origami paper with animal skin designs. This origami will give a lovely look to your craft. You can complement the beauty of your art with moving eyes or doll eyes or magically draw eyes and mouths for your work.

What is the most popular origami?

The most popular origami is crane origami because its easy and simple.

In this video of Origami Tsunami, we learn How to Make an Origami Paper crane step by step illustrated with every fold. This Origami Crane is fairly easy, great for beginners and all skill levels. You will need a square of paper to make your dog origami paper. First, you have to cut this paper in half (both horizontally and vertically) and then fold it in the direction of its primary diameter and open it. Take the corners of the square whose original diameter you did not fold, drag to the center of the square, and fold. The same goes for the bottom corner! Now you have an envelope that is going to become your paper dog. In the following, you can watch the educational video of Tavin’s Origami Instructions for making origami dogs.

Step by step instructions for how to fold a cute dog from paper using origami paper folding. To make a rabbit origami paper, you need a square piece of paper, and you have to divide this paper into four equal parts by folding it. Then tabulate your paper with other pieces! Flatten the paper square in front of you. And fold the edge of its horizontal sides toward the center of the paper and open it. Do the same with the vertical sides. Your rabbit will be made of these tabular pieces very quickly. In the following, you can watch the educational video on Mica’s Paper Craft Channels, on making origami rabbits. All you need to make this elephant origami paper is a square of paper. The paper is folded in half (the line is one of the main diameters). And then, the corners on either side of the line are folded over the bar. And the paper is folded to make a kite or rhombus. Your elephant is made of this kite. If you want to learn how to make this elephant origami, watch the video on First art & craft, below. You want a square of paper to make cat origami paper. Here, like an origami elephant, make a kite. Then take the sharper tip of the kite and fold it towards the other end of the kite. You will look like a house with the other two, and you will make your origami cat from this house. If you want to learn how to make origami for this cat, its educational video of Easy Origami and Crafts, is here for you.

In this video we teach how to make a paper cat that is very easy considering the level of detail. we found a similar version on the internet years ago, but we modified it by creating our own model.

In this video of Ornella Origami, we learn Very simple and fun to make lotus flower origami. To make an origami turtle, you want a green square, and you have to fold it in the direction of its diameters and open it. Then cut the paper in half (both horizontal and vertical) and then open it. Now it’s time to fold the corners of your square paper, and you will easily make your origami tortoise from this paper envelope you made. Here you can watch the tutorial video of Origami with Jo Nakashima, on making this origami paper.

How to make an origami Turtle. Your origami paper fox is made of a square of paper. You have to fold this paper in half and then fold it. Then halve the created rectangles again with another tie in the direction of the first tie line. You should not open These folds. Select two corners of the width of this created rectangle and make the corners of your fox from these corners. In this video on ORIGAMI Paper Craft, you can see how to make origami fox. You need a square of paper to make a frog origami paper. You have to fold it in half (both horizontally and vertically) and open it. Then fold the paper in half again and continue with the same rectangle that is half square. Take the rectangle’s width and fold it towards the centerline of the rectangle (which is in the width direction).
Do not worry. Your origami frog will be ready sooner than you think! In the following, you can watch the tutorial video of Origami with Jo Nakashima, on making a frog origami. An origami paper pine tree is a lovely model. Make it with green paper, and if you like, you can apply more complex textures to it.

In this video of Crafty Daily, we will show you how to make a 3D paper xmas tree DIY Tutorial. Start making your kangaroo origami paper with a square of paper and fold it in the direction of the main diameters and the centerline (both horizontally and vertically). Then open the tabs and grab the top corner of the paper (left). Fold this corner along the horizontal centerline. So the tips of the corners are at a point that is one-fourth of the square side of the centerline. Then fold the extra triangle inwards and do the same with the opposite corner. Making your kangaroo may take time, but instead, after going through this step and the steps you see in the kangaroo-making tutorial video on SP ORIGAMI, the result of your work will be amazing! Many of us used to make paper boats as children and loved to play with them. We threw them in the bathtub, puddles, and lakes and even raced with other neighborhood boats.

In this video of iluvgtasan,we show you Step by step guide on how to make this simple boat that actually floats on water.

In this video of Polly’s origami,we make an easy origami Christmas tree box with a lucky star on top. It’s a great gift box for Christmas.

As you can see, no animal can not be made with origami paper!
What do you think about this origami art? Which one did you make? Do not forget to share your comments and suggestions with us through the comments and questions section. 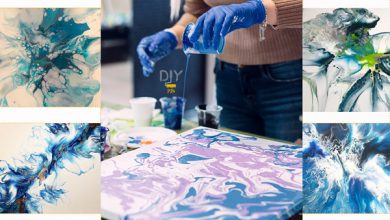 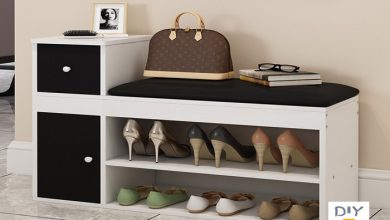 How to DIY shoe rack 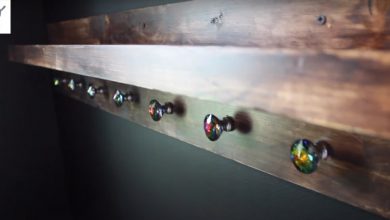 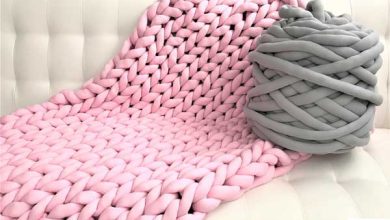 Enter your email to be notified of new articles